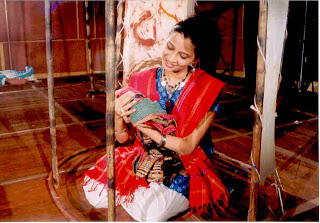 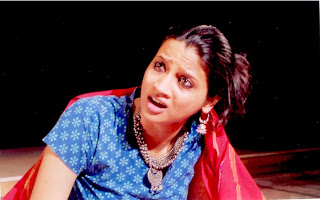 MADHAVI
Solo By Rashi Bunny
directed by Arvind Gaur
based on Bhishma Sahni's play
Solo play Madhavi By Rashi Bunny
Why Madhavi
A story based on character older than 5000 years. And still alive…
A Madhavi, who lives in a society that thrives under the auspicious umbrella of ever-forgiving religion and traditions. The norms, the rules of a society that have only changed names from Madhavi to Mansi or Mona. Theories not documented on paper but in the closed minds of society, and practices only made modern but still the same. Daughter is wedded and father performs the sacred rites of “Kanyadan”. Still a “Daan” or donation. Yayati gives away Madhavi because that’s what his “duty” binds him to do. Madhavi stands amidst the keen stares of men in King Haryasch’s court where the kingdom’s astrologer weighs upon Madhavi’s body - her statistics, skin, shapes… How different is any matrimonial add of today’s national news papers? Lecherous Divodas accepts Madhavi because she is prolific son–generating machine. A son is still considered a choicest choice. Galav markets her professionally and stoically.
A woman of beauty and intelligence born with unique gifts and special abilities spends her entire life in abiding by and standing for the secret promises, vows, desires and aspirations of the man who fathered her, the man she loved and men whom she consummated without marriage. Each man utilized her for his selfish interests in the name of “Dharma”. They framed her youth, beauty, sincerity and devotion and painted the colors of their desires and ambitions on the canvas of her fading individuality. They used her boons to avail their interest and she kept on giving and yielding and sacrificing for the sake of respect, love or plain duty. “Dharma” is, you see, the umbrella under which all wrongs will be shielded because it has got a sky above it, large and valuable of the scriptures written by men and rules created by men.
We may call ourselves an evolved post-modernistic world but is there a woman who at a certain age or stage in life, did not sacrifice for a man who thought his ambitions and wishes more important or more noble or more sacred than her dreams?? Madhavi still lives - more conventional and easily identifiable in rural set ups and more masked in the metropolis.
Late Bhisma Sahni was a writer of the masses and not classes. His characters and stories, like Chekov, are based on triumphs and traumas of a common man; not very well known characters but people with great sensitivity, sensibility and zeal for life. His plays have a whole panaroma of varied character who even in their stereo-typical presence convey various shades of “man”. Wound with its own wit and humor, the plays are essentially tragic.The content, the theme, the treatment of the issues in his plays are socially relevant and progressive even if they have historical or mythological base. With great sensitivity and panache, the tragic tale of a simple dutiful girl is told who is merely a victim of an inherently flawed system, created by man himself.
Unlike classical or Greek tragedies where the grand tragic end of the character was determined by his height and status in royal hierarchy here the playwright relies on destiny as much as making the special talent of the protagonist as the cause of his/her own disaster while restraining from making the play slogan-based.
Madhavi is not a myth, she is a reality. Madhavi has not been vanquished by history, sadly like the legend of Gaea, she still lives either in the self-imposed glory of her sacrifice or the heart-rending solitude of her abandonment…