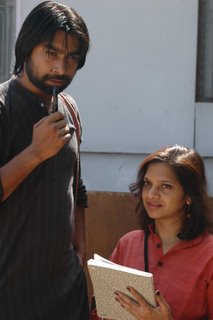 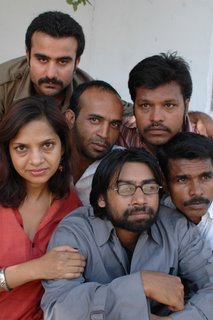 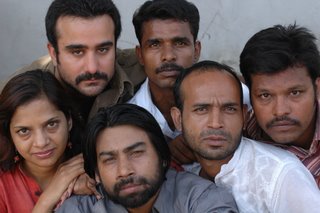 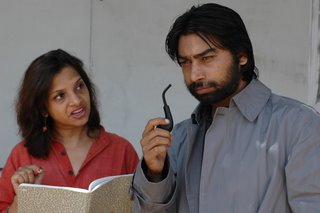 About the Play
Grounded in a very specific, disturbing politicl reality the Operation Three Star offers a scathing comment the real events which are criminal and obscene in their brutality:Crimes of the state.With his seemingly insane logic the maniac is instumental in unmasking the criminal folly of the law enforcing agency in its attempts to cover up heinous action.
He persistently ridicules the policie's shaky case and forces them to re-enact the situation in that led to the 'suicide' of a 'terrorist' under their custody. Subsequently, they contradict themselves to dismentle the whole issue of half-truths and non-sequiturs. An escalating series of impersonations and misunderstandings extend a particular viewpoint. The jerk from comic gags to a fuller awareness of serious issue becomes a potent device as the crude voilence of the power-that-be is recognised.
Posted by Asmita Theatre Group at 3:00 AM No comments: