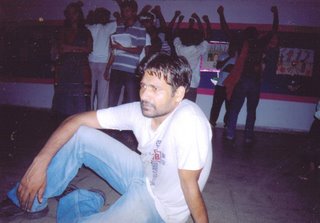 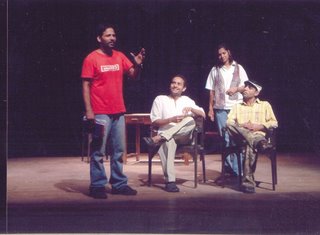 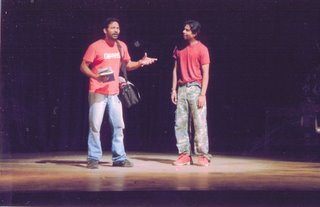 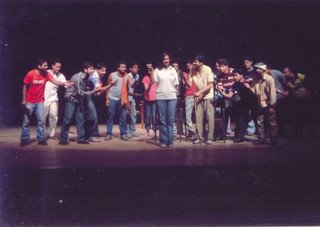 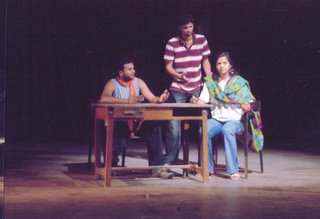 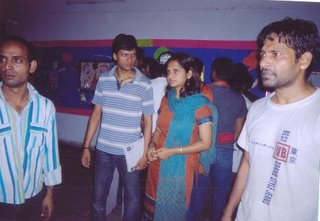 "Final Solutions" has a powerful contemporary resonance as
it addresses as issue of utmost concern to our
society, i.e. the issue of communalism. The play presents
different shades of the communalist attitude prevalent
among Hindus and Muslims in its attempt to underline the
stereotypes and clichés influencing the collective sensibility
of one community against another. What distinguishes this work
from other plays written on the subject is that it is
neither sentimental in its appeal nor simplified in its approach.
It advances the objective candour or a social scientist while
presenting a mosaic of diverse attitudes towards religious identity
that often plunges the country into inhuman strife. Yet the issue
is not moralised, as the demons of communal hatred are located not
out on the street but deep within us.
The play moves from the partition to the present day communal riots.
It probes into the religious bigotry by examining the attitudes
of three generations of a middle-class Gujrati business family,
Hardika, the grandmother, is obsessed with her father's murder
during the partition turmoil and the betrayal by a Muslim friend,
Zarine. Her son, Ramnik Gandhi, is haunted by the knowledge his
fortunes were founded on a shop of Zarine's father, which was
burnt down by his kinsmen.
Hardika's daughter-in-law, Aruna, lives by the strict code of
the Hindu Samskar and the granddaughter, Smita, cannot allow
herself a relationship with a Muslim boy. The pulls and counter-pulls
of the family are exposed when two Muslim boys, Babban and Javed,
seek shelter in their house on being chased by a baying Hindu mob.
Babban is a moderate while Javed is an aggressive youth. After
a nightlong exchange of judgements and retorts between the characters,
tolerance and forgetfulness emerge as the only possible
solution of the crisis. Thus, the play becomes a timely
reminder of the conflicts raging not only in India but
in other parts of the world.

With the screaming, stomping, sinister mob in the
background of this high charged interplay, we have a
dramatically explosive play on boards….
Arvind Gaur pitched and kept the action at a level on
high tension. .....Kavita Nagpal (Hindustan Times)


A show not to be missed…
What a beautiful play beautifully translated
and beautifully directed….The play holds a mirror
to the society we live in. ..... ...........Romesh Chander (Hindu)


Something to reflect upon… Asmita production is simple and intense.
The play is powerful, the production is intense, the subject difficult,
the response good, something you can take home and think about
.....Smita Narula (Pioneer)

On a more contemporary note, Mahesh Dattani's FINAL SOLUTIONS directed by Arvind Gaur easily stood out as one of the few truly satisfying experiences of this eleven day treat (9th national theatre festival, Nehru Centre,Mumbai) for the senses.
As the dramatic tension (neatly orchestrated by a chorus) rises in the play, the subterranean psyche of each character is laid bare.
Abuses are hurled, raw passions are evoked, attempts at reconciliation are made and prejudices and fears are acknowledged The beauty of the script indeed lies in its ability to relentlessly and sensitively question. Its urgent need to use 'dialogue' as a remedy for a socially pressing issue such as communalism, is the play's underlying theme.
Arvind Gaur's direction is commendable. While the front of the stage is peopled by the principal characters who are psychologically exorcizing themselves, the back part of the stage has a chorus whose role is as symbolic as it is instrumental in furthering the action in the play when required.
In Retrospect: Select plays of the 9th National Theatre Festival,Nehru Centre , Mumbai ....
-Deepa PunjaniDirector's Note

'Final Solutions' touches us, and the bitter realities of our
lives so closely that it becomes a difficult play to handle for
the Indian Director. The past begins top determine the outlook of
the present and thus the earlier contradictions re-emerge.
No concrete solutions are provided in the play to the problem
of communalism but it raises questions on secularism and pseudo
secularism. It forces us to look at ourselves in relation to
the attitudes that persist in the society.

The sets and properties used in the play are simple.
This has been done to accentuate the internal conflicts and
the subtext of the play. Theatre for 'Asmita' and me is
a method of reflection, understanding and debating the
contemporary socio-political issues through the process of
the play. We hope the play will also have a lasting
impact on the audience.
________________________________________
Posted by Asmita Theatre Group at 3:12 AM No comments: