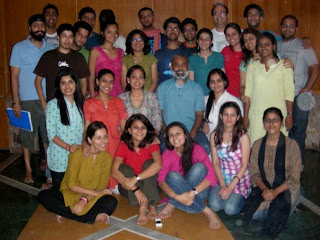 Registration for the workshop starts from 18th May, 2011,
limited seats.

Street Play "Bhrashtachar" on 22nd May at IHC

Street play on Interfaith on 21st May at IHC 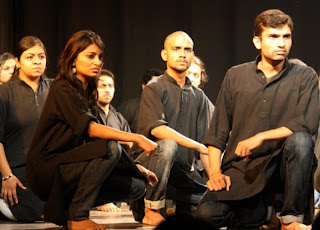 Street play on Interfaith
directed by Arvind Gaur
on 21st May at IHC.
Interfaith-a street play by Asmita Theatre Group on the mindsets of the people.The play talks about how people make stereotypes in society , how we , as human beings don’t trust other people on the basis of caste, class, religion and colour.It also depicts 6 stories showing the atrocities faced by the victims...who suffer because of the... genocide caused by the differences among people. For how many years will innocent people have to suffer because of difference in beliefs among people? 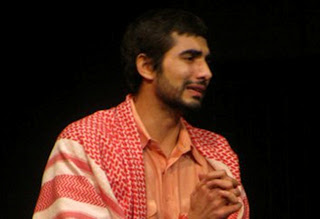 SYNOPSIS: A one act play about the haunting journey of an Afghan refugee, Shahwali Bhashiri, who escapes Afghanistan during the Taliban regimen in search of a safe home with his family. Being an Afghan in the post 9/11 world he struggles to survive as he comes across extremely horrific circumstances.
The story is based on the facts of the infamous Tampa affair.
In August 2001, the Howard Government of Australia refused permission for the Norwegian freighter MV Tampa, carrying 438 rescued Afghans from a distressed fishing vessel in international waters, to enter Australian water. When the Tampa entered Australian waters, the Prime Minister ordered the ship be boarded by Australian Special Forces.
Director:Arvind Gaur
Writer: Alex Broun
Performed by: Ishwak Singh
AN ASMITA THEATRE GROUP PRODUCTION
Posted by Asmita Theatre Group at 1:26 PM No comments: 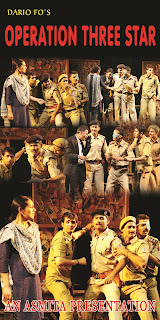 About The Play- Grounded in a very specific, disturbing political reality the Operation Three Star (Adaptaion of Dario Fo's Accidental Death of an Anarchist ) offers a scathing comment the real events which are criminal and obscene in their brutality: Crimes of the state .
With his seemingly insane logic the maniac is instrumental in unmasking the criminal folly of the law enforcing agency in its attempts to cover up heinous action. He persistently ridicules the police's shaky case and forces them to re-enact the situation in that led to the 'suicide' of a 'terrorist' under their custody.
Subsequently, they contradict themselves to dismantle the whole issue of half-truths and non-sequiturs. An escalating series of impersonations and misunderstandings extend a particular viewpoint.
The jerk from comic gags to a fuller awareness of serious issue becomes a potent device as the crude violence of the power-that-be is recognized.
___________________________________________________________
Reviews-
Today when newspaper headlines are screaming about police atrocities, operation three star becomes a compelling study on the anatomy of violence... taut, energetic and embellished with a compelling performance by actors,OTS becomes a noteworthy addition to Asmita's repertoire… Imaginative methodology, which is reflected in,plays Tughlaq, Court-Martial and O.T.S - Nikhat Kazmi ,Times of India 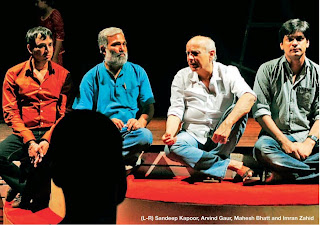