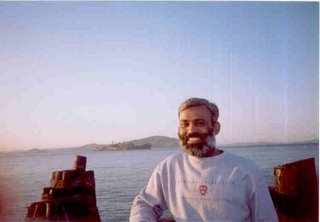 Arvind Gaur
He believes in marching to his own drumbeat and has been creating a buzz in theatre circle because of his novel and socially relevant theatre.After dabbling in journalism and electronic media,he set up ASMITA theatre group in 1993, and hasn’t looked back since then.With plays like ‘Bitter chocolate’,’Untitled Solo(by Lushin Dubey),Women in Black ( solo By Bubbles sabharwal), 'Hidden Fires '& 'Madhavi'( both solo by Rashi Bunny), He has earned a reputation not just in India but abroad as well.
Nalina Mittra catches up with Arvind Gaur to find out more about his journey.


How did your passion for theatre start?

I used to read about plays in newspapers in my school days, and that fascinated me. Later I joined the drama group of Delhi Public Library. I acted in and directed various plays and I enjoyed this whole process a lot. I was doing my PG Diploma in Engineering from Pusa but left it in between and started working with Navbharat Times as a journalist. So watching plays, reading about them and writing about them, that is how, in a way, my training in theatre started. Then I worked with kids for some time and conducted workshops for them.
My first street play was with Zakir Husain College,called ‘Videshi Aya’.It became very popular and we staged the play in around 500-600 schools, and it went on for 3-4 years.
Then I joined PTI TV.I was in the production team of the serial ‘Tana Bana’ and assisted in some documentaries. After leaving that I came into theatre full time. I think that search for theatre was probably there since the beginning, which is why I dabbled in so many things and finally came into theatre.

Theatre is such an uncertain career. Did your family accept your decision of taking theatre as a profession?

See, a middle class family always wants their kids to take up safe options. But I had this habit of leaving jobs since the beginning, so my family started accepting that I’ll do what my heart says. They never specifically said that you have to do this or that. I faced some problems but I kept working, and they accepted it. How you convince your family depends on you. Because families normally don’t accept such offbeat or should I say risky options. Even today I don’t earn much money, but my family has always supported me.

How and when did you think of forming the Asmita theatre group?

After leaving PTI TV in 1992, I worked in a few productions. Then I felt that I should form a group with which I’ll do regular work. So that is how Asmita was formed in January 1993. I gathered some friends and formed the group. The first play we staged was ‘Hanush’ by Bhishma Sahni.It was for a youth festival. It was appreciated a lot and we had many repeat shows. Then we prepared for the next play and then it kept happening.
I had thought that I will work in theatre for some time and then I’ll learn fiction, as I had learnt the documentary part while working with PTI TV. But my fiction was weak. So I had thought that after learning fiction I’d look for work outside. But I couldn’t leave theatre. Now I feel there is so much to learn and to do.

What problems did you face when you started the group?

The first problem we faced was that of gathering actors. In the beginning we called our friends, and called actors from here and there. We worked as a team; theatre is a platform for collective work. Everyone had his share of responsibilities in acting, music, set designing. I was working as a catalyst but it was basically a team effort.
Then there were other problems. The main actor (who was a professional actor) of our fist play ‘Hanush’ refused to act. Four hours before the play he told us that he wouldn’t act if we don’t pay him. We didn’t have money and we had to do the play. So the whole team sat down and it was decided that I’d do the role with the script, as there was no time to learn the dialogues. All of us went on stage before starting the play and told the audience about the problem.
The play started and there was so much tension that I was not even able to read the script properly. But the audience supported us and the play was a success .We received good reviews and this encouraged us a lot.
We learnt from this episode, that if you have announced the play then it should be staged, no matter what happens. Secondly, the whole cast should be ready to do anyone’s role. Thirdly, we learnt that we have to train our own actors. We trained the new people who came to us. After2-3 years, we had our own set of trained actors.
The biggest problem we faced, though, was in terms of money and that is something we face today as well. Earlier we used to practice on a flat’s terrace in Shankar market. Now we pay the rent and work in an open area under a peepal tree in Raja Ram Mohan Memorial Trust. Everyone keeps complaining about money, but I think one should not worry too much over this. We never had money for tea. We used to maintain a piggybank and everyone contributed money to it everyday. We didn’t have money to rent the hall for our first play. So we borrowed Rs.600 and staged the play. Our rehearsals were stopped for two days, as we hadn’t paid the rent for the rehearsal place since 3 months. Then we again borrowed some money and paid the rent. We worked with minimum possible things. We used to take the addresses of the audience and send them hand-made postcards. But we kept doing regular work.
Somehow things start falling in place When you are committed. The auditorium people lend you halls, the laundry man irons clothes for free. People trust your sincerity.

On what basis do you select people for your group?

Selecting actors for the group and for the play are two different things. I give a chance to anyone who comes to me, but the person should be committed and disciplined. The training is very difficult. You have to do a lot of work; one needs patience. New people practice in the group and receive training. We select actors for plays from the group only. We don’t do auditions outside. After working with the person we get to know his strengths and weaknesses and that helps to do the casting. If I am working with some other group then I work with their actors.

Tell us something about your rehearsal sessions.

An actor needs a warm-up. When he comes for the rehearsal he carries all sorts of tensions in his head – career, family, finance and other things. He needs an environment where he is free of all these things to be able to work with concentration. I start with exercises—physical, relaxation and speech. This, in a way, detaches the actor from outside world and he becomes a part of this environment and gives his best.
Acting needs understanding. For an actor mental growth is very necessary. We have discussions on explanations of characters and we discuss interpretations of the play with the actors. This is our internal working process.

You have done a lot of work,not just in India but abroad as well.Which countries did you take your plays to?

I have conducted various workshops for actors and directors in Delhi, Chennai,Jabalpur(M.P.), Houston, USA and at many other places.Other ventures include ‘Women in Black’by Bubbles Sabharwal ,in collaboration with Theatre World which was staged in UAE.I also directed “Untitled Solo” by Lushin Dubey,which was staged in 12 cities in USA and at the Edinburgh theatre festival.
Then the play based on Shri Bhishma Sahni’s “Madhavi”,a solo performance by Rashi Bunny,has travelled widely for various theatre festivals and has received great appreciation and received the Best Performance award at the International Solo Festival at Armenia in 2004.

Have you noticed any changes in theatre scene of Delhi in the last 10 years?


In our times, all the classes of the societies used to watch theatre—clerks, rickshaw pullers, shopkeepers, workers and a lot of students. But now the audience is primarily that of upper-middle and upper class people. There has been a change in the subjects accordingly. Entertainment has become the dominant factor. The play should be entertaining, but that shouldn’t be the sole criterion. Moreover, theare has become a bit difficult in the last few years. The cost of auditoriums has increased, there are less rehearsal places and plays need too much marketing. But I feel there is no difference in the commitment levels of new actors. But they need to be channelised.
I believe the biggest hurdle for the theatre movement is the fact that, the elder people of theatre are not doing anything for theatre. There are 7 IIT s in the country and Delhi itself has more than 50 colleges. But there is just 1 NSD, which produces 20 students. We spend crores of rupees on their training, but when they come out they have very few opportunities so most of them leave for Mumbai.We should have more drama schools.

What message would you like to give to the college students?

College is a golden period. If you have an inclination towards theatre then take part in plays during this time. If you get interested, you can join a theatre group later. But keep doing regular work.
An advice for theatre groups is , that if you want to develop campus theatre, then think beyond competitions and annual productions.Do regular work even if that means working with minmum resources.Struggle is a part of work to increase your experiences.
Posted by Asmita Theatre Group at 11:01 AM