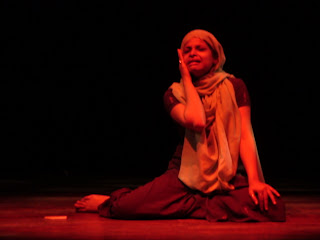 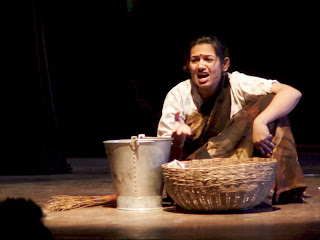 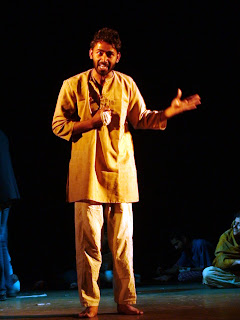 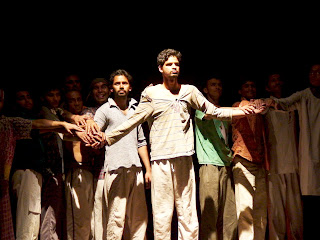 Asmita Theatre Group presents
UNSUNI
Directed by Arvind Gaur
Based on Harsh Mander’s book “Unheard Voices”
Script by Mallika Sarabhai
28th sept. 2008, 7.30pm
Epicentre , Apparel House, Sector-44, Gurgaon
Ticket-Rs.150/ available at venue
Book on line-
http://www.bookmyshow.com/plays/Unsuni-/ET00001810
Starring-
Viren Basoya, Bajrang Bali Singh, Shilpi Marwaha,
Puneet VermaTanmay Prasad,Rashmi Singh,
Rishi Soni, Prakash,Vivak, Raj Sharma, Mallay,
Pankaj,Beena Ray, Rachna,Wreicha,Rajesh Thapa,
Alok , Rahul Datta,Amit Choudhary,Trimala,
Dinesh Dhawan,Parvesh,SaurabhPal,
Ramesh,Manish,Priyank,Arun,Piyush,Teishul
Unsuni
Unsuni is a socially relevant and politically deep script by Mallika Sarabhai, based on the Novel "Unheard Voices" by Harsh Mander. In a Society where the success of a handful makes bigger news than the misery of millions, a set of 5 monologues dares to speak out for the mute, the desolate, the chronically ignored... a woefully unloved India, full of People but starved of life.Unsuni lifts the veil around harsh realities faced by the diversity afflicted people of our country.
Street urchins abandoned by society to fend for themselves in the face of adversity; tribal people forced to surrender their honour to repacious land grabbers; scavengers and lepers who have never known the meaning of human dignity are some specific problems addressed by the play. The volatile nature of religious politics coupled with an incompetent judicial structure is also portrayed with grave honesty. In the depiction of all these causes is a common underlying plea for us to open our eyes to the bigger picture, to share that human worth which we for ourselves claim as a right, but deprive others of without justification.
The play overall is an intense reminder of horrors towards which we voluntarily turn a deaf ear. It does not aim to downplay the success of those who do make it to the top, but is a call to the privileged to consider those who deserve equal rights, but lack equal opportunity.
contact-asmitatheatre@gmail.com
9899650509.9911013630
Posted by Asmita Theatre Group at 1:49 PM