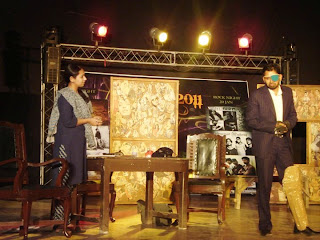 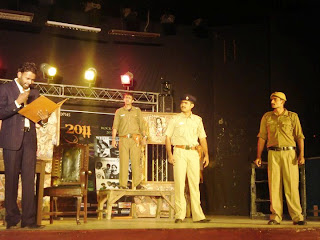 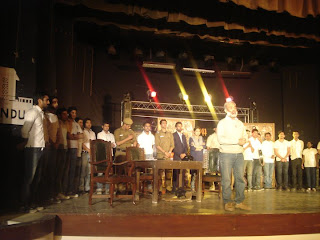 Reviews - Today when newspaper headlines are screaming about pol...ice atrocities, operation three ...star becomes a compelling study on the anatomy of violence...taut, energetic and embellished with a compelling performance by actors,OTS becomes a noteworthy addition to Asmita's repertoire… Imaginative methodology, which is reflected in,plays Tughlaq, Court-Martial and O.T.S
- Nikhat Kazmi (Times of India )

thanks for the great performance on the republic day eve.
This Viren Basoyaa is full of unbelievable energy I must say.
chorus was marvelous,specially the lyrics.
Thanks once again.